Samurai Sam needs to reach the end of a series of stages.

The current version probably has a ton of bugs, which I will try to fix in the next couple of days...

- Windows scaling might complain... In such cases, please disable HDPI on the game executable.

- Linux version was untested. (thanks Remi!)

- I did very little optimization of the code. Hence the game might be a little slow on older computers. I'll try to work on that in due time

2019.02.22 - More bug fixes, changed combat settings to improve action and totally modified platform jumping. It's no longer possible to fall by accident but one may still fall if jumping wrongly.

Super cool game! Gorgeous graphics, although the isometric sprites glitch out sometimes. Love the music too! I couldn't finish it though, just kept dying even while spamming and jumping around. Brutal but beautiful!

One of my all time fav cartoons EVER!

I just registered to here to tell you, your game rocks :). I loved playing it, I am not really a gamer, was, but not nowdays, but, really loved playing the game. Loved the artwork, I somehow found the bug-enemies cute! Found out that the button "k" holsters the katana, intentionally not in the tutorial? And if I move like with pushing w-d-w-d with pushing "j" repeatedly, I slash with the sword twice as fast. Intentional, or just moving resets the slashing?

Thanks for trying the game and even more for taking the time to post here! All those things are intentional... I like to create some hidden perks to reward folks that actually try :) Well done!

This game looks amazing and promising too😃

I loved it! the visuals are very stylish and varied. The cave part with the shadows were very interesting. The combat became very easy when I figured I could just spam the jump attack to not take any damage lol.

Also, the platforming bits or when you have to walk over a bridge or something was a bit anoying on mouse and keyboard because I have to press both down and right at the same time. I assume it's better with a gamepad.

anyways, congrats on the great game!

Ok this is one of our favorite games now!!!  We enjoyed it very much. The music and the design are just great. We had no problems/bugs. Just one thing: Please make the Boss fight at the end!!!

Here is our playthrough video:

Cheers! Glad you enjoyed it!

Oh man... That's an oldie. Sorry for that. The game also requires GLES 3 which I'm not sure windows 32 support.

Great little game, enjoyed it much so :3

i die a lot because of falling. i cant  really see which one is hole and which one is platform actually
Reply
securas1 year ago

Looks like you're playing the old version. Perhaps the latest version can be more forgiving :)

only complaining about the platform tho, big cockcroah is not even an obstacle :)

I improved platforming substantially in the new version and made the big bugs a little bit harder to handle.

captures the feel of samurai jack pretty good but the platforming is the absolute weakest part. it's incredibly wonky with the delayed controls

yeah... I need to do something about the platforms. But thank you so much for playing and especially for taking the time to post here! Appreciated

I thought it was a pretty cool game. The written dialogue of Jack didn't feel right. Jack didn't really talk much and when he did, it wasn't like how it was in the game. Then again, this is just my memory of the show.

Visually, I liked it. Some areas looked like it may have had the same tileset, just recoloured but it looked nice and fit the samurai jack theme. Music and sounds were nice.

I didn't really like the jumping in an angle to get to the other side. The clouds in the falling through the sky level didn't look right. The enemies were easy, all you have to do is not fight them head on and swing your sword while running in angle, making the last level really easy to just run through till the end. One other problem that I had was that the game didn't tell me how to attack during that part when the controls came up.

I honestly thought that the end would lead up to Aku being the final boss.

Overall, this game was well done and I liked it!

I wanted to make a boss but had not time. Here's a little picture of it. That was as much as I got to before the deadline.

i thought his name was something like zack or jack.

You must be confused with Samurai Jack... Our hero is definitely Samurai Sam.

games a lot of fun, just tried it and didn't get any glitches! also on mac.

i also can't get past the falling one! i tried a bunch of things, but i'm stuck lol. i tried hitting them, then going on them, doesn't work. tried hitting twice and they die.

Thanks for checking out the game! Much appreciated. Don't feel like that... It's my bad for not making it more obvious.

I just downloaded this thanks to learning about it on Tumblr. For the brief moment that I've played it, I enjoyed it. However, the latest version of the game is very buggy, namely in the visuals. They tend to vanish, player included, seemingly randomly and it's not a rare occurrence. I experienced this right at the beginning of the game and onward. With some more polish (like maybe a dodge??) and bug fixing, I could play this for hours

Thank you so much for checking out the game and even more for reporting the problem. Unfortunately, I could not replicate this issue so I must ask you what's your computer configuration (OS, GPU, etc.)

So sorry for the long response ^^;

My graphics glitching put could be a result of a faulty download. I could redownload to see for sure

Another cool project Securas, sweet work for the jam. :)

Again... Thanks for checking out my game!

I found a bug tho :) You can jump off a cliff, then press X/J to execute the special attack. You will then turn into an invisible ninja floating in midair (not sure how honourable this is for a samurai though).

hahahahaha!!! Thanks for reporting it. I'll be sure to squash it very soon!

I love the art, music, and controls, but DEAR GOD is it unbalanced. Maybe it's just me, but I can't seem to survive for longer than ten seconds without dying, and even if I manage to live, there's another ten enemies waiting for me in the next five paces while I've already been whittled down to one or two hits.

ahhh... Thanks for trying the game... It does require a particular style of play that is very aggressive... You have to spam the attack button viciously and move around constantly. But well... I suppose it's not for everyone. Sorry for the trouble.

The bushes are the key to survival :)

oh BOY now I can actually play the game!

The hearts really helped, though I often found myself running around looking for bushes.

Once I got to it, the cave became one of the most visually stunning things I've ever seen in a jam game. I was dissapointed that there was no boss, but I mean, I get it.

I loved it.. MAY I know what GAME ENGINE you guys used to make this?? Art work is fantastic

Thanks for checking it out! You can usually find the engine on the <more information> section of the game page, if the author filled in the metadata. In any case, this game was made with Godot 3.1 beta 3.

For people cannot play on macOS, click to show folder of .app, go into macOS, then `chmod 755 Samurai\ Sam` then try to open the app again. Seems to be common issue.

Really? I had no problems running it on my mac... I really appreciate you taking the time to post your comment! Thanks a lot!!!

Yes, happened to me for almost all game of macOS bulids uploaded on itch. Not sure it has to do with zip algorithm nullify the permission set before compressing. I didn't go far trying to fix the issue.

I can't seem to replicate this issue. Then again... I have not updated the is on my 2016 MacBook pro since... Well... 2016. So it may be that newer versions have that issue. Once again, thank you very much for your comment. If you don't mind, I'd like to add that point to the installation instructions.

That's no problem at all, please free.

Great to see this finished. Just tried it out and it is great.

Thanks for giving it a try!

The art is gorgeous!

You fast sir! I posted it not a couple of hours ago...
Thanks for the comment! It's most appreciated! 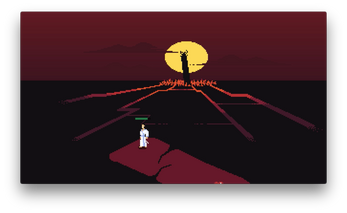 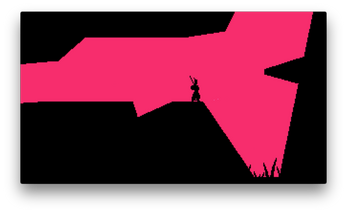 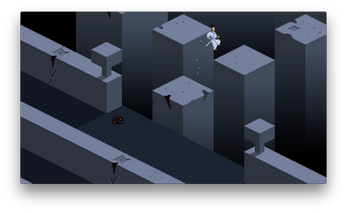 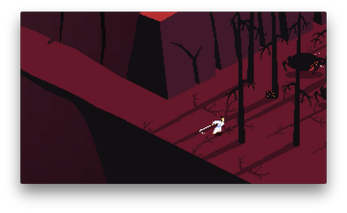 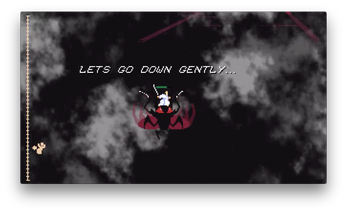 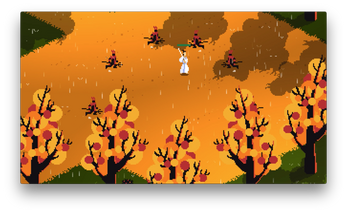